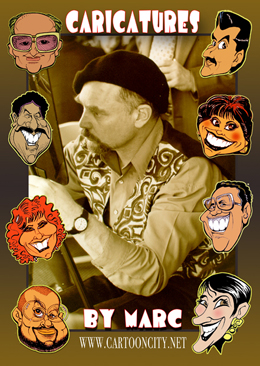 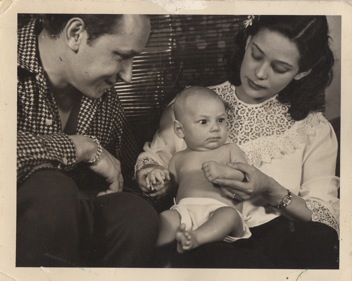 Favorite Movie: Brother Where Art Thou – Roeg ,Fellini , & Spirited Away

Favorite Quote: Better pass boldly into that other world, in the full glory of some passion, than fade and wither dismally with age. 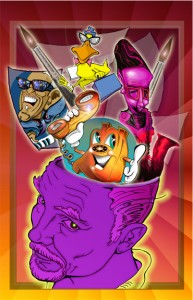 How did you become involved with Caricature?

Schmid’s father was himself a Caricature Artist, working for Disney for many years, and Schmid picked up the skill from him.

“He trained me,” Marc said. “We worked together for about 20 years.”

The pair worked at various events, creating caricatures in the style of Mort Drucker, the famous Mad magazine cartoonist and caricaturist. Schmid said his grandfather was also an artist.

“Art has been in my blood for centuries,” he said.

Background: Born in Hollywood in 1949, Marc’s family traveled often before buying property in Marin. He joined the Sausalito rock ’n’ roll scene during “hippie times” and his old band, The Old Gray Zipper, is part of a display at the Rock ’n’ Roll Hall of Fame. He still sings & writes songs & uses “Garageband “for digital music design.

He attended the California College of Arts and Crafts in Oakland and then became an apprentice.

“That was my strongest learning tool,” Schmid said. “I still feel that’s the strongest way to learn something.”

The New old-timer: ( AKA CARTOON CITY ) Marc, has been doing caricature for 35 years and calls himself “The old-timer of the Bay Area.” He said it’s strange to be the oldest Caricaturist around, but “I still get great joy out of what I do.”

What do you enjoy about caricature? “I like the freedom of exaggeration,” Schmid said. “I like to bring out features in people’s characteristics that give them their own flair. I also enjoy interacting with the people, so I find out things internally about them. I become kind of a psychiatrist-slash-bartender.

I also pride in doing Caricatures at a Variety of locations.. 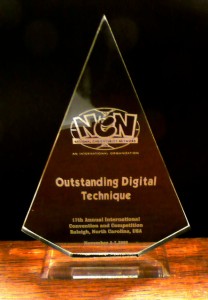 How do you go about creating a caricature of someone? “The eyes are the very first thing I start with, because the eyes are the mirrors of the soul,” he said. “If you can get the eyes, you’re halfway home. It’s like a fingerprint.”

However , it does depend on the features.

His father gave him some caricature advice as well.

“You want to flatter the women and tear the men to shreds,” Schmid said. “Make the women look saucy and over-exaggerate the men.”

But he’s also careful not to overdo the exaggeration or “you’ll lose the likeness,” he noted.

Beyond fairs and festivals: Though Schmid has appeared at many outdoor public events, he has also been commissioned for corporate parties, fund-raisers and some unusual work.

He’s drawn caricatures of babies and poodles, been flown to Europe for a private party, worked in New Zealand, Mexico and across the country — but his most unusual gig was close to home.

Schmid was once hired for a Christmas party at San Quentin, where inmates were some of his subjects. He had to surrender his easel and could only bring in pen and paper. 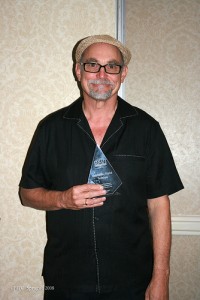 He set about drawing the prisoners, asking them what else they’d like him to draw in the background.

One inmate said, “Draw me with a woman and a fast car.”

Schmid complied and also asked the man how he ended up behind bars.

“A woman and a fast car,” the man replied.

“Im branching out in Fine Art ”  – Had recent successful Gallery  show – DREAMS OF THE DEAD – my version -all art was done in SCRATCHBOARD  ( prints are available )
More Art Shows are coming . You can FACEBOOK friend him- Marc Schmid

Not just pen and paper: Schmid uses a watercolor pen and easel-mounted paper for his caricature work, but his Web site showcases other artwork he’s created. ( as well as ipad )

However, “The thing that’s closest to my heart is my Jazz art,” he said.

He’ll take a photo of a musician at work and use a digital art program on the computer to add color and shape — “His whole body and head become part of the instrument. He becomes part of the flow.”

Marc resides in Santa Rosa , Ca. and entrtains both for Wineries and Corporte events in SF etc.

Hobbies: When not drawing, Marc writes poetry, songs and practices his singing — “Everything from Tom Waits to bebop.” and id dabbling in Assemblage.

What is your greatest accomplishment? Professionally, “I achieved success as an illustrator and respect as a graphic artist with my work,” Schmid said.

What has been your greatest challenge? “Relationships — and fear,” Marc said. “Fear is your own worst enemy in trying to accomplish your dreams. Every artist wants to be a little bit better than he is — happiness is the biggest challenge, in a way. I’ve got an up personality, so it’s in my nature to be happy. That helps a lot.”

Favorite book: Schmid enjoys reading travel essays — he finished one about the true story of a National Geographi 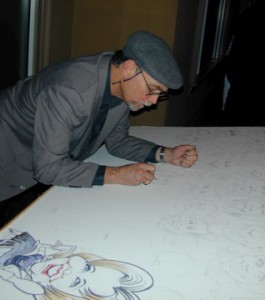 c photographer who was abducted by an Amazon tribe and held captive for six months. “It’s all written like a diary,” he said.

He’s also interested in books and biographies about artists. He counts among his other favorites “Touching the Void,” “A Portrait of the Artist as a Young Man,” “Tom Sawyer” and “2001: A Space Odyssey.”

Favorite movie: “O Brother, Where Art Thou” by the Cohen brothers. “It’s tied into the caricature and the humor and the variety of personalities… I admire DARK humor “he said.

Favorite food: Schmid said he likes Italian and Thai food but that art is his favorite sustenance. “It fills the soul,” he said.

If you could change one thing about the world, what would it be? “I’d throw all the religious books out the window. There’s good wisdom in Asian philosophy and all the things I’ve studied, but the way the world is now, it clings to these writings and whatever was written in them – I lean more towards SCIENCE to guide us now.

What’s the craziest thing you’ve ever done? “I’ve definitely got a plethora of crazy,” Schmid says. But he recalled the time, while in Australia, that he went scuba diving in the Great Barrier Reef — at night.In was 1986 and Halley’s Comet was on the horizon, he recalled.“It was kind of crazy but also kind of beautiful,” he said. “You’ve got a little flashlight, and you go down in the water and turn the flashlight off. You’re breathing, you’re in a liquid environment, it’s black — I realized it’s the closest thing to being back in the womb.”